You are using an outdated browser. Please upgrade your browser to improve your experience

Welcome to the Gloucestershire Gipsies

Gentleman, Gipsies and Jesters, the wonderful world of wandering cricket. The Gloucestershire Gipsies has a rich history dating back to 1921 making us one of the oldest wandering cricket clubs in the world. 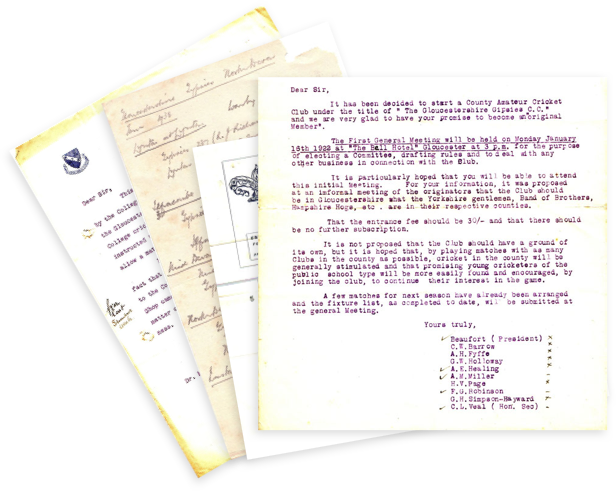 On 2nd September 1921 six gentlemen met at the offices of ES & A Robinson in Bristol to discuss the possible formation of a County Amateur Cricket Club based on "the lines of The Band of Brothers, The Yorkshire Gentlemen, The Hampshire Hogs" etc.
1922

The 1st General meeting took place at the Bell Hotel, Gloucester on 16th January 1922 where it was agreed that the qualification for membership should be:- "Birth or permanent residence in the county with the county being divided into geographical divisions, each of which should be represented on the committee" "Cricketers should also be, at the same time, acceptable guests in the average country-house" "The club colours should be old gold and maroon, the very same colours as depicted in the Arms of the County" "The entrance fee to be 30/- and there would be no annual subscription with an all-day match fee being 2/ 6d and a half-day match fee being 1/ 6d"
1920s

Duke of Beaufort was invited to be President

The Duke of Beaufort was invited to be President of the Club and the Lords Bathhurst, Berkeley and Bledisole plus Sir George Holford and Sir Percival Marling were invited to be Vice Presidents of the club.
1940s

In the early days the membership was very much public school or military biased and even in the 1960's the Club Secretary can recollect a prospective new member being turned down firstly for attending Cheltenham Grammar School not Cheltenham College and secondly for having only one initial!!
1980s

moving with the times

Nowadays the Club prides itself that it has moved with the times and it enjoys close links with the majority of the senior clubs in the county, also with the schools that still play cricket and indeed with the County Club itself. Over 50 fixtures are played each year including a Cricket week at Stowell Park, the private ground of the Club President, Lord Vestey. 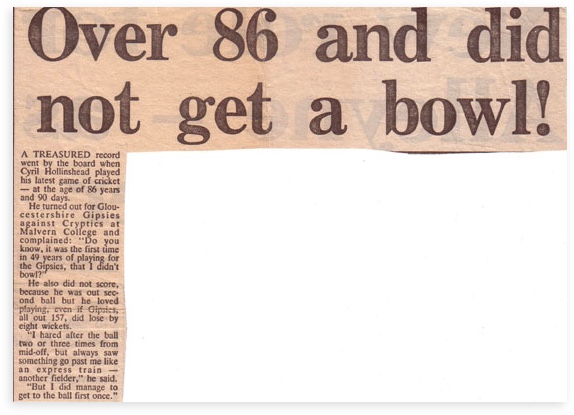 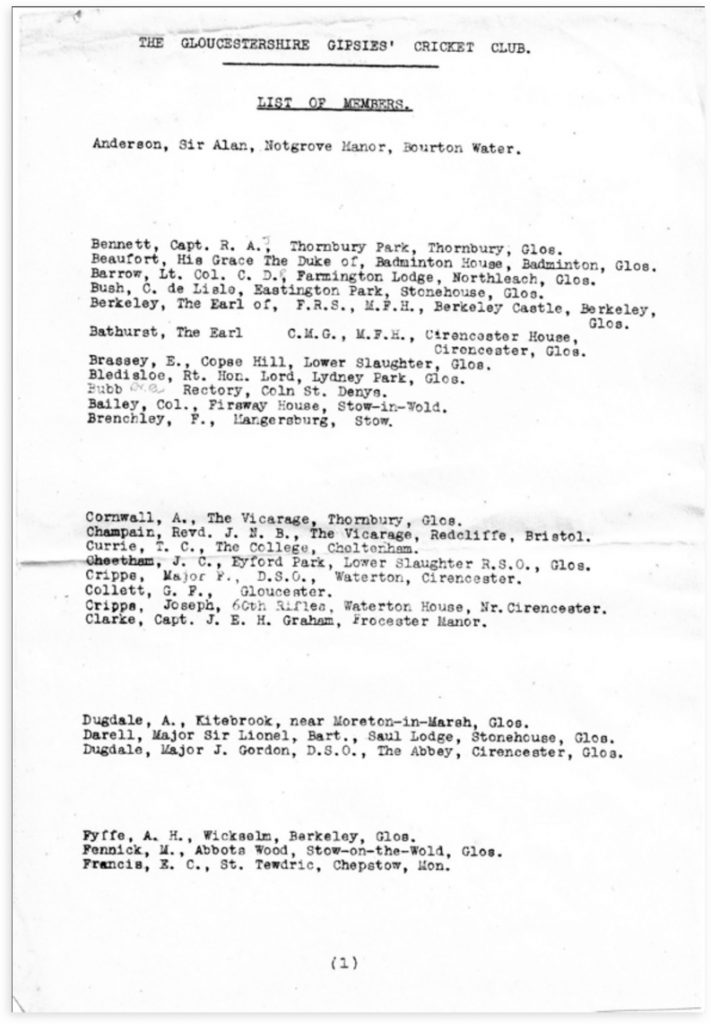 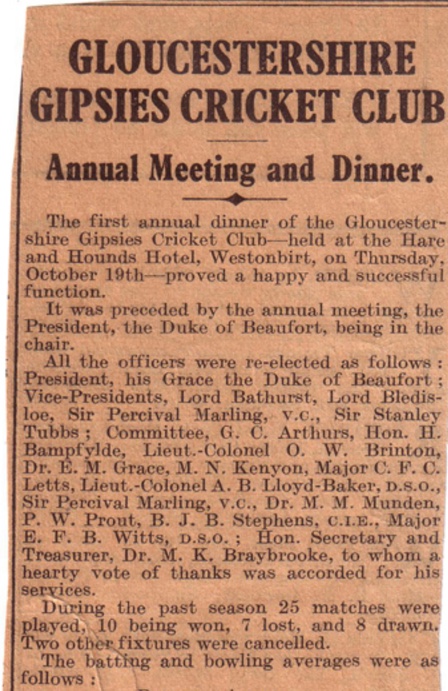 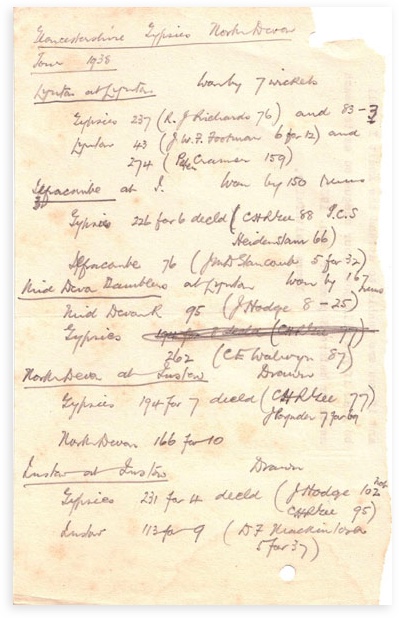 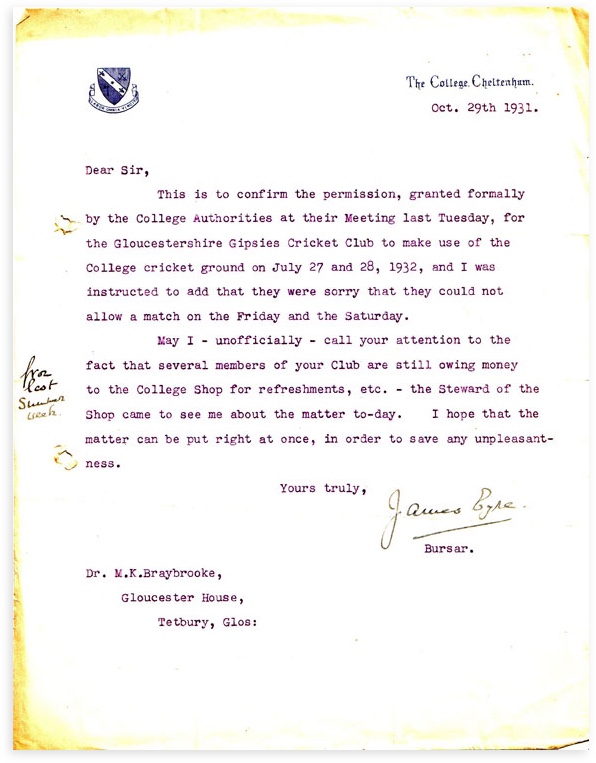 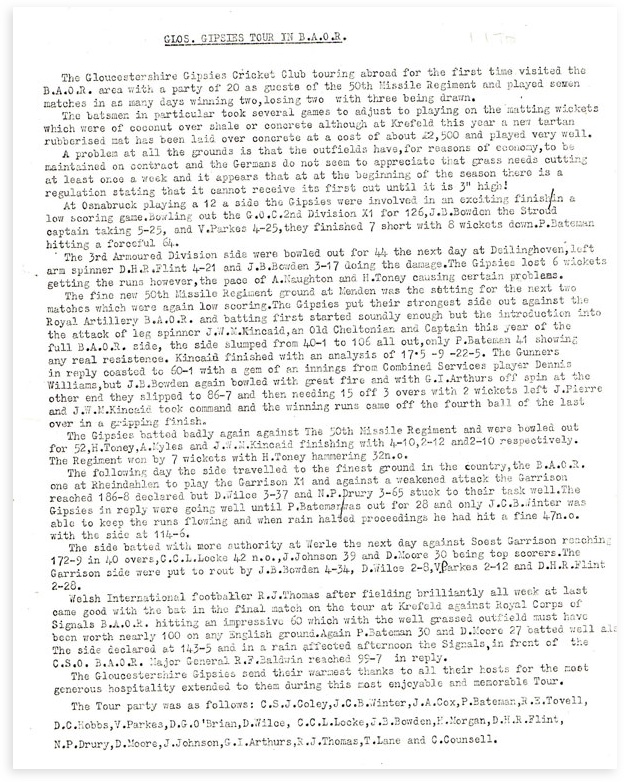 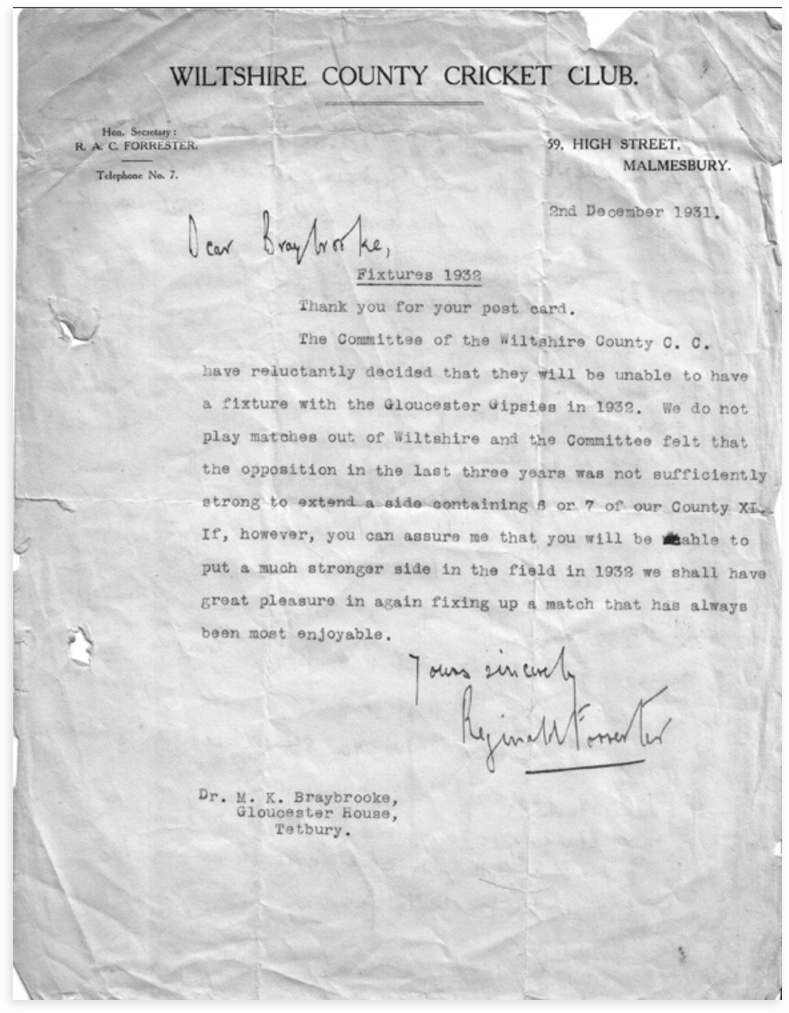 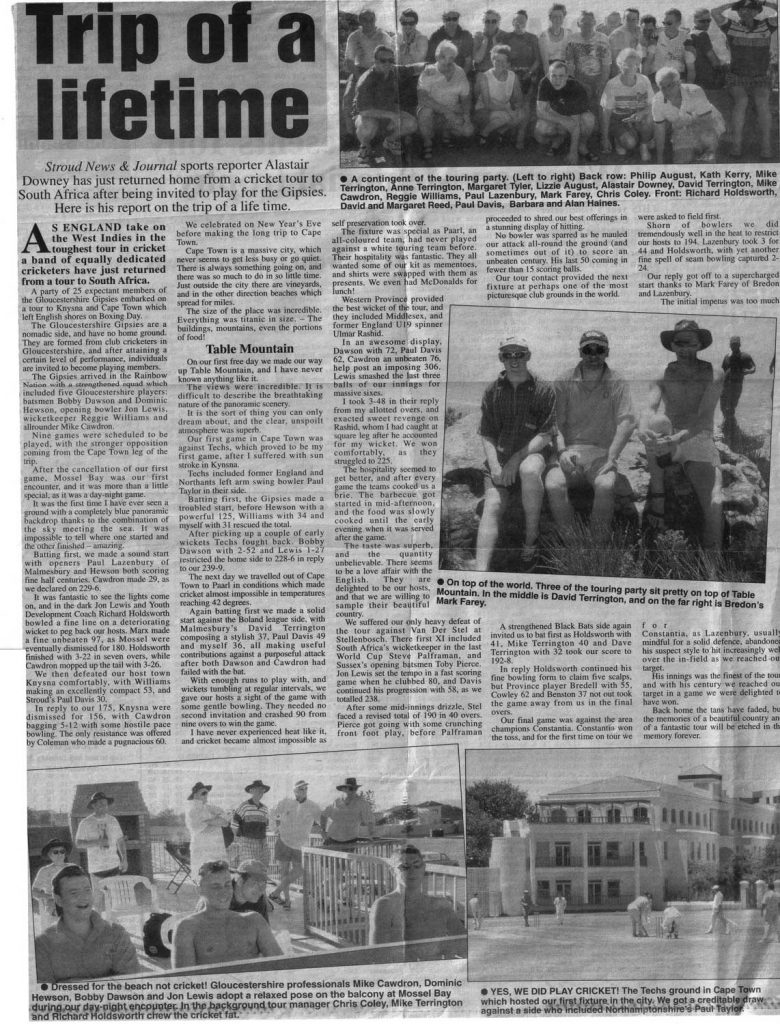 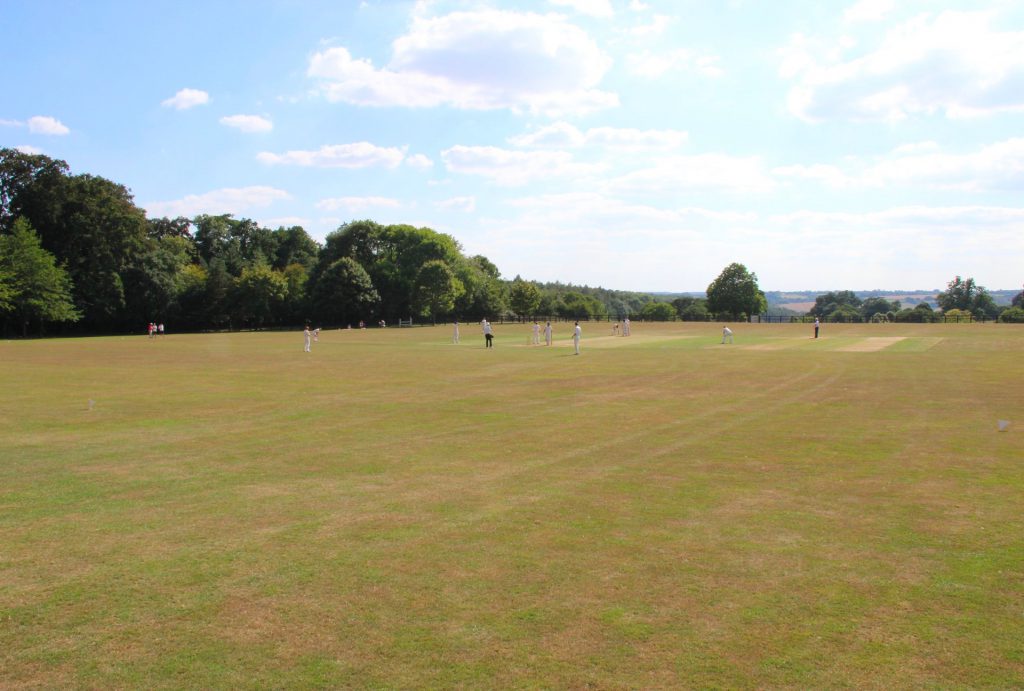 If you’re passionate about cricket and would like to become a member then we’d love to hear from you. Please click below to complete the application form.

Thank you for submitting this result

There was an error submitting this result